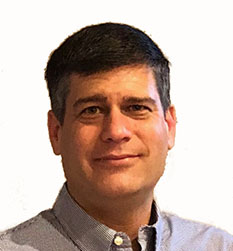 Hutchinson, KS – October 1, 2018 – Kevin Hess was hired as the TECH’s new Chief Financial Officer and began his position on Monday, October 1st with the agency. Hess will oversee the business office at TECH, accounts payable and receivable, building/maintenance and transportation department.

Brenda Maxey, President/CEO of TECH said, “We are excited to have Kevin join our team at TECH.  His vast array of experience and wide-range of skills will not only strengthen our business/accounting department but will allow us to continue to grow the service side of our organization as well.  Kevin will make a great addition to our already strong management team at TECH!”

Kevin graduated from Kansas State University with degrees in Accounting and Management. He lives in Hutchinson with his wife, Jodie, and their two boys, Austin and Aaron. When asked about what excited him the most about coming on board at TECH, he said, “I am excited to be a part of the talented, experienced and enthusiastic TECH team. TECH plays a huge role in helping make the Hutchinson area a better place to live. It continues to amaze me, the number of lives that this organization touches.”

Hess will work alongside long-time CFO, Jim Preston, through the end of March. Preston retires from TECH after 27 years of service to the agency.